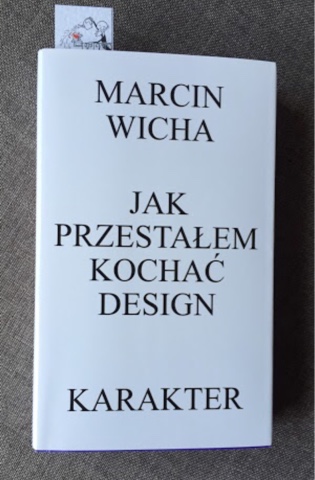 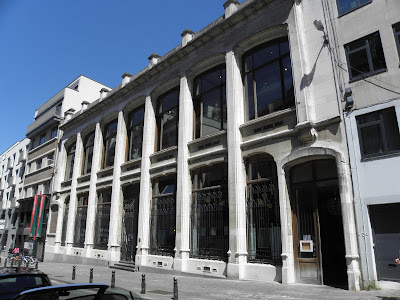 On a recent trip to Brussels I visited “The Belgian Comic Strip Center”/”The comic Art Museum”, which is located in Rue de Sables 20 in an exceptional Art Nouveau home (the former “Waucquez Warehouse”) designed by Victor Horta, the most prestigious Belgian representative of Art Nouveau. 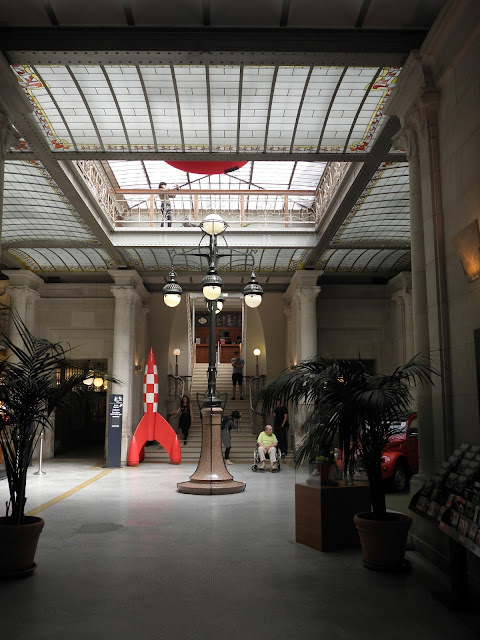 Currently they are presenting an exhibition devoted to “The Universe of Thorgal” and to its creators, the famous Belgian writer Jean van Hamme (*1939) and his congenial Polish graphic artist partner, responsible for the very powerful images, Grzegorz Rosinski (*1941). 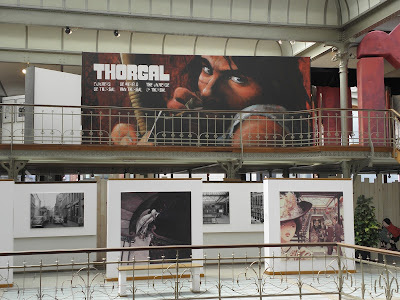 “Thorgal” is a still ongoing comic series (which became so successful, that it spawned three spin-off series until up do date), first appearing in 1977 in the magazine “Tintin”, comprising an epic Norse family saga, sometimes tinged with fantasy and described in the words of Jean van Hamme, after the decision was made to publish it, but not with its first title Ragnar, which had already been used for another Viking influenced story:” I thought of Thor, the god of thunder and I just added the suffix “gal”, which is fairly common in Scandinavian names. As far as the main plot is concerned, I did not want to create a heroic fantasy series, or any mythological, science-fiction or adventure series, but instead it is a mix of all of this. From the start, I wanted to create different ambiances, whilst consistently keeping to the main thread of our character….What I wanted to do, in fact, was to constantly change the genres, switching between the medieval western to the magical story, just for my own personal pleasure, but also and especially for Grzegorz’s pleasure, who, first and foremost, is a creator of universes.” 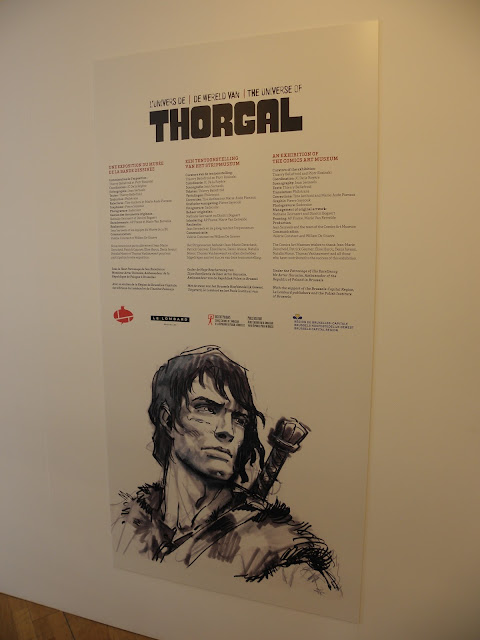 Grzegorz Rosinski was already a well known comic artist in Poland in the seventies, being responsible for the illustrations of different comic book series in Poland, e.g. “Kapitan Zbik”, “Pilot smiglowca”, “Illustrated History of Poland” and “also the creator and the first editor of the “Relax” magazine, the first Polish language magazine devoted solely to comic books”. In 1976 he received a scholarship in Belgium, where he met Jean Van Hamme, who wrote about their first meeting: “Most graphic artists of that era gained their inspiration from “Jije” or “Franquin”, for the Marcinelle school, or from Herge, for the Brussels school. There in front of me I had drawings that did not look like anything I had ever seen before. Rosinski had never read a “Tintin” or “Spirou” comic in his life and that was obvious. I was astonished by The exhibition presented gives a very accurate overview of the beginning and development of the “Thorgal”-series with 31 volumes published until today. A lot of original panels, sketches and cover designs are shown, as well as a film showing Grzegorz Rosinski “at work”. 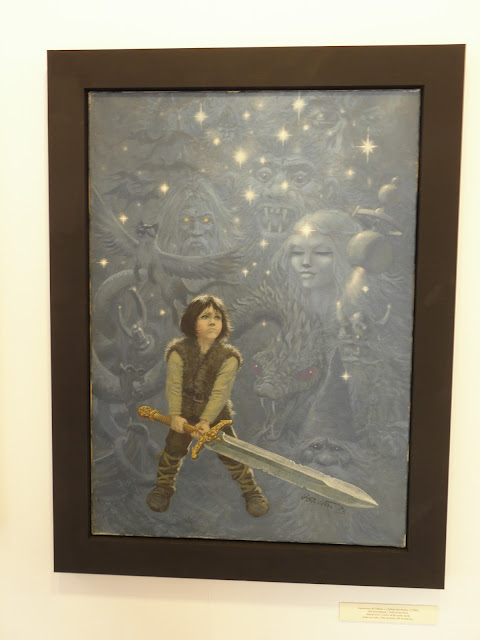 I highly recommend the trip to Brussels, besides a good show there are always ways to recover afterwards with Belgian French fries, Belgian chocolate and/or of course the Belgian beer (which I also highly recommend). 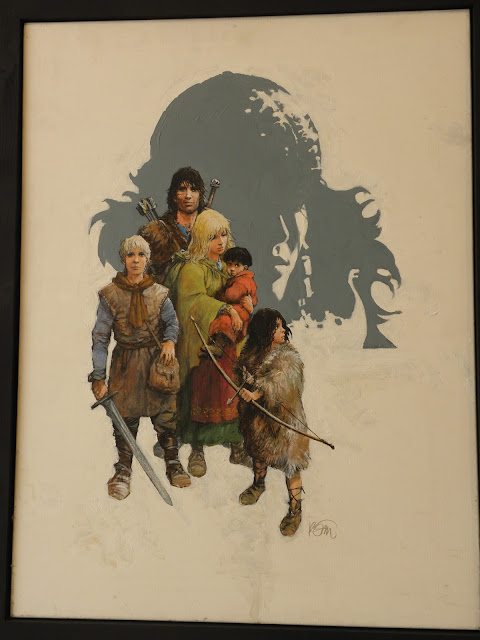 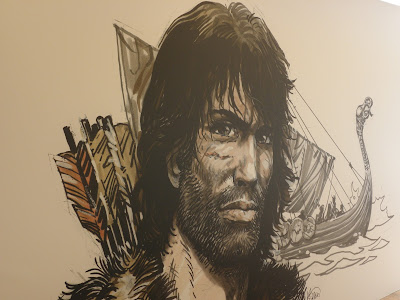 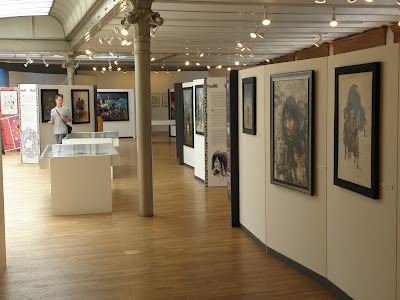 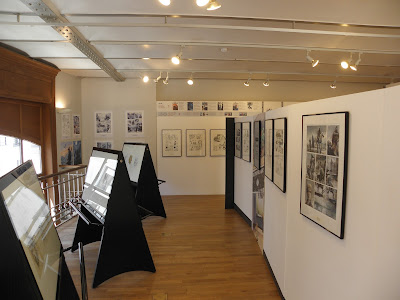 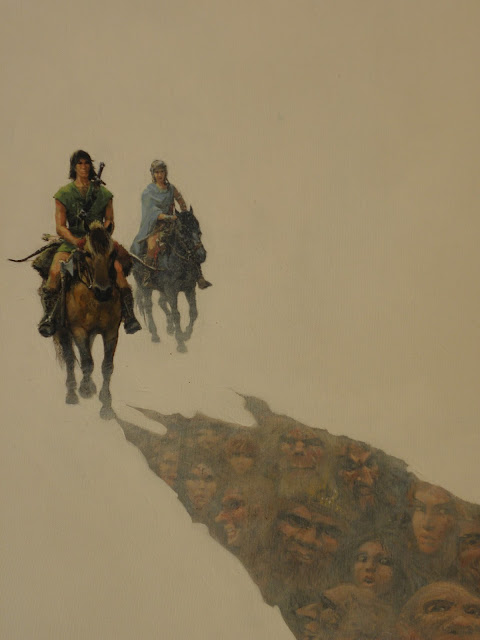 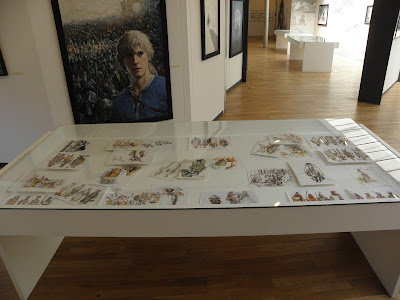 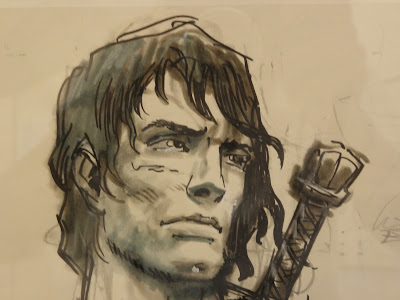 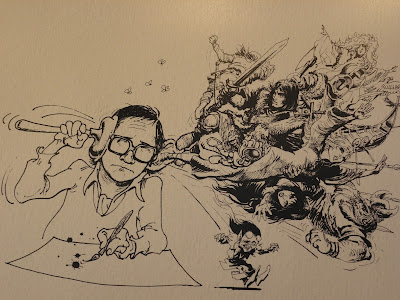 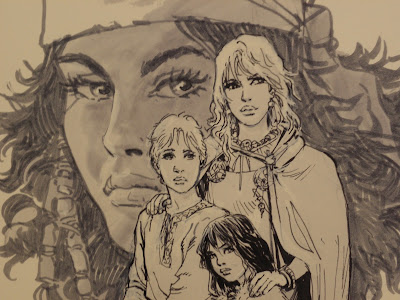 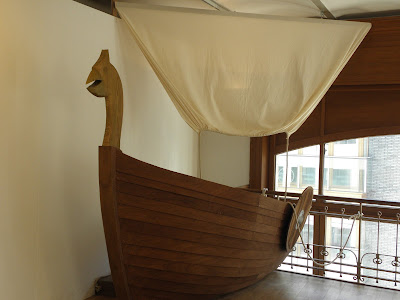 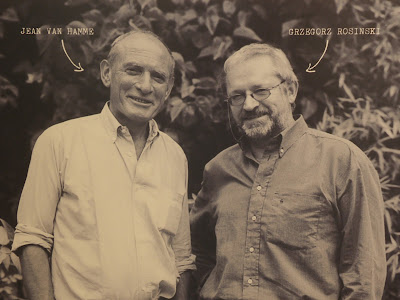 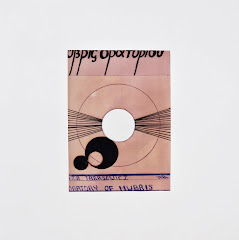 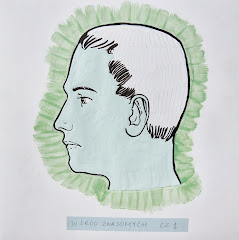